No.19:  In service and running well

No.1 : The ash pan has been modified to make cleaning easier and we had to get into the foundation ring corners to caulk up a weeping seam and all resolved now. Cab internals finished and the dividing panels between the old bunker space and the cab front fitted. Its planned to have the loco used on service trains as well as our Thomas events.

No.246 Morayshire : Work is progressing on the boiler crown stay replacement. The boiler inspector has recommended that the lower sections of the outer firebox wrapper be replaced together with the lower sections of the throat plate and back head. Inserts have been made for repairing the sections of the shoulders of the back head that are to be replaced. The transverse stays above the crown sheet are also to be removed and replaced while the crown stays are out. GA drawings have been located at York to allow the machining of the re-metalled axle boxes.  Progress rate is expected to rise significantly now the running maintenance requirements for the home fleet at Llangollen are easing.

No.419 : All the big ends and eccentrics are now fitted. Pistons are fitted and the next tasks are to fit the connecting rods, lap the valves in fit the motion and set the valve timing.  Gloss painting of the cab and bunker is now ready for lining as is the RH side tank. LH tank has been stripped to bare metal and primed. Both splashers have been stripped back and repaired as required with one now in the process of being lined out. New sections for the smoke box wrapper are finally being organised together with a new centre section for the chimney which is very badly wasted. Major refurbishment of the back head injectors is underway with new steam valves being made, valve seats  being re-cut and lapped in. Work on this locomotive is now the main priority of our efforts in the running shed.

No.6 :Reassembled and scheduled to be steam tested this coming week.

No. 45170 (8F): The new smoke box door and surround complete with all furniture is due to us in the coming weeks. The tender has been split from the loco to allow access to the drag box and buffer beam. we have been surprised at the excellent condition with minimal wastage noted. The tender will be transferred to the Running shed to allow welding repairs to the coal hole and tank baffles. once this work to the tank is complete and painted it will be lifted off the frames to allow dismantling of the tender under frame components. A generous benefactor has funded a full set of drawings (ex-NBL drawings used in our locomotives construction) to facilitate the rebuild. All the tyres have been measured again to confirm that we need a new set for the tender and we are just about to seek costs for the supply and fit of a set of tyres. the number of new covenantors joining the funding effort has slowed of late but we hope you can join us to see this loco in steam sooner rather than later!

No. 80105 : The wheel sets have been machined and a new set of tyres + 1 have been ordered. One new tyre will be fitted and turned down to suit the rest.  The axle box horns have been dressed and the axle boxes prepared for shipping down to Riley’s for re-metaling and machining. The boiler has been in inspected and found to be in fair condition with no unexpected work required. Work is progressing on the making and fitting of firebox stay nuts. The bunker plate work is now completed and has been painted. Refitting of lubrication and vacuum pipe work is progressing well as is painting of the frames. It will be good to see her back on her wheels!

DE165:  The junior members of the steam shed have fully repainted the loco with just a little left to do. It is normally one of the first things that visitors see and it now looks so good!

Some new tooling has been acquired which will greatly ease the process of making replacement steam valves and nuts. The surface grinder in the Romney shed has been brought back into service and the tool and cutter grinder is currently being brought back to service. The Paris boiler in the running shed bothy is shortly due to be removed which will provide more usable space and allow the ceiling to be replaced. A contract has been let to have the welfare facilities fully cleaned by a contractor on a weekly basis and the transformation is impressive!

Wash out water pump: In order to carry our effective boiler washouts and to aid ash pan clearance a new pump is being sourced to provide both a high flow and pressure.

Very encouraging of late with some good turnouts although its also been a bit thin sometimes due to Holidays and new Knee operations! Lots of new faces and some with a considerable engineering background. A small but dynamic team on Monday afternoons. Monday evenings have seen a marked improvement with some new faces. Wednesday and Saturdays are generally well attended with a good mix of skill sets. Always looking for new faces!

The Falkirk Herald 1 month ago 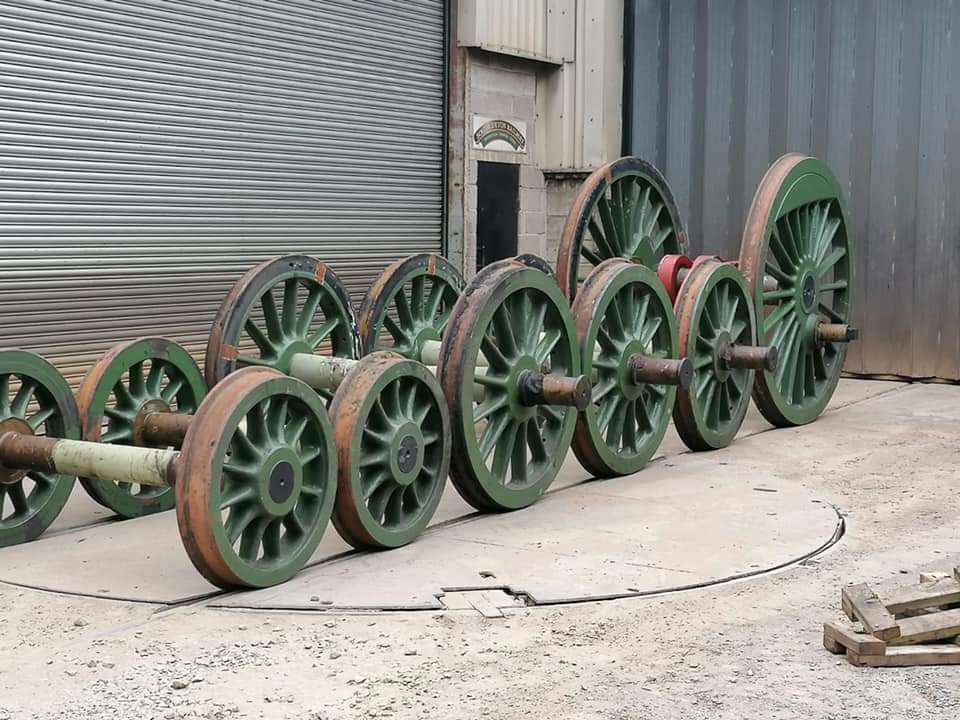 The Scotsman 2 months ago 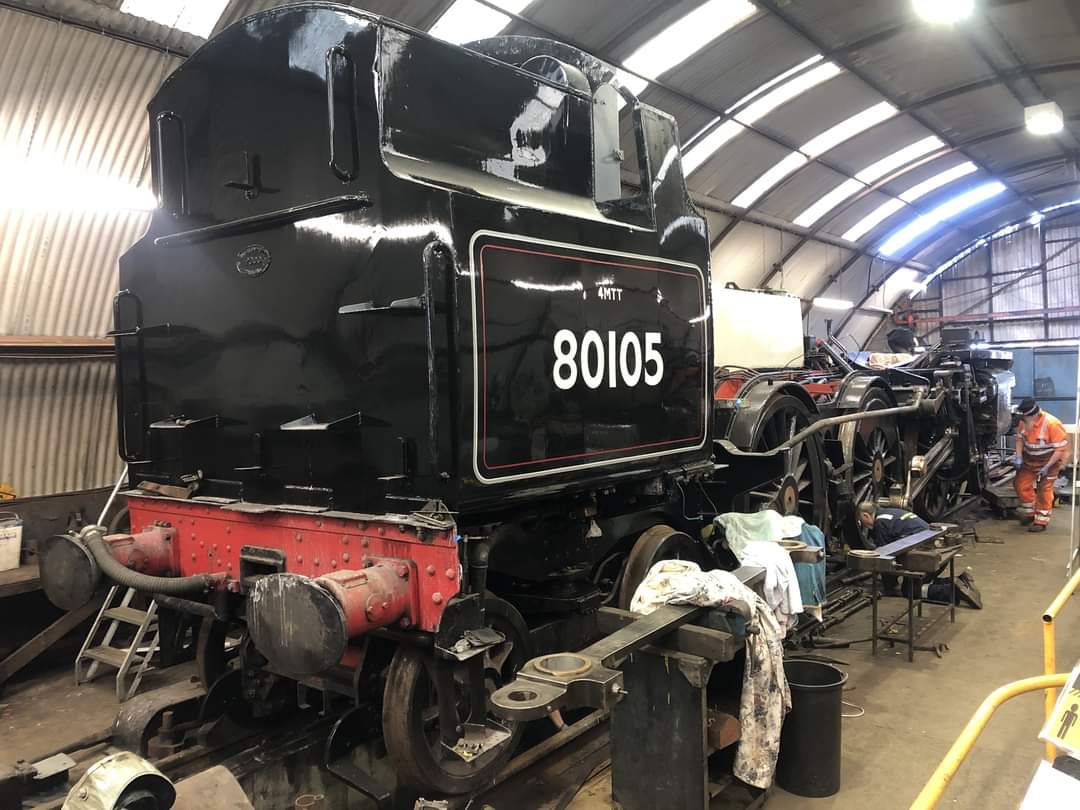 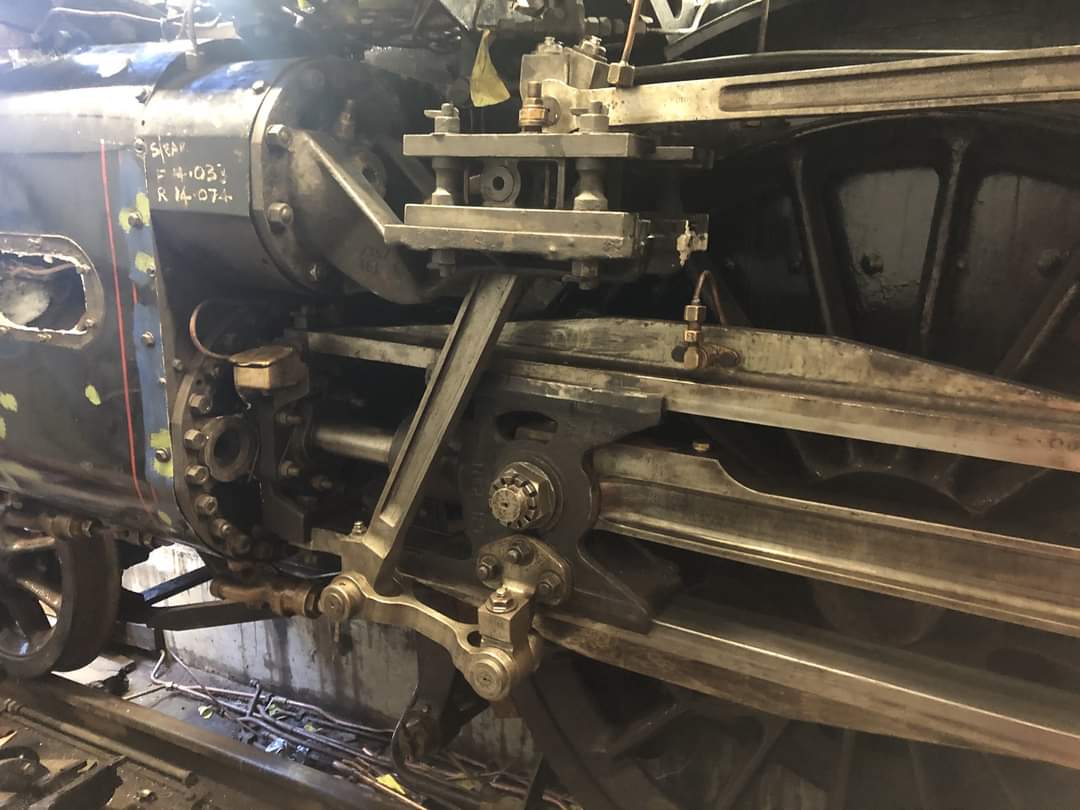 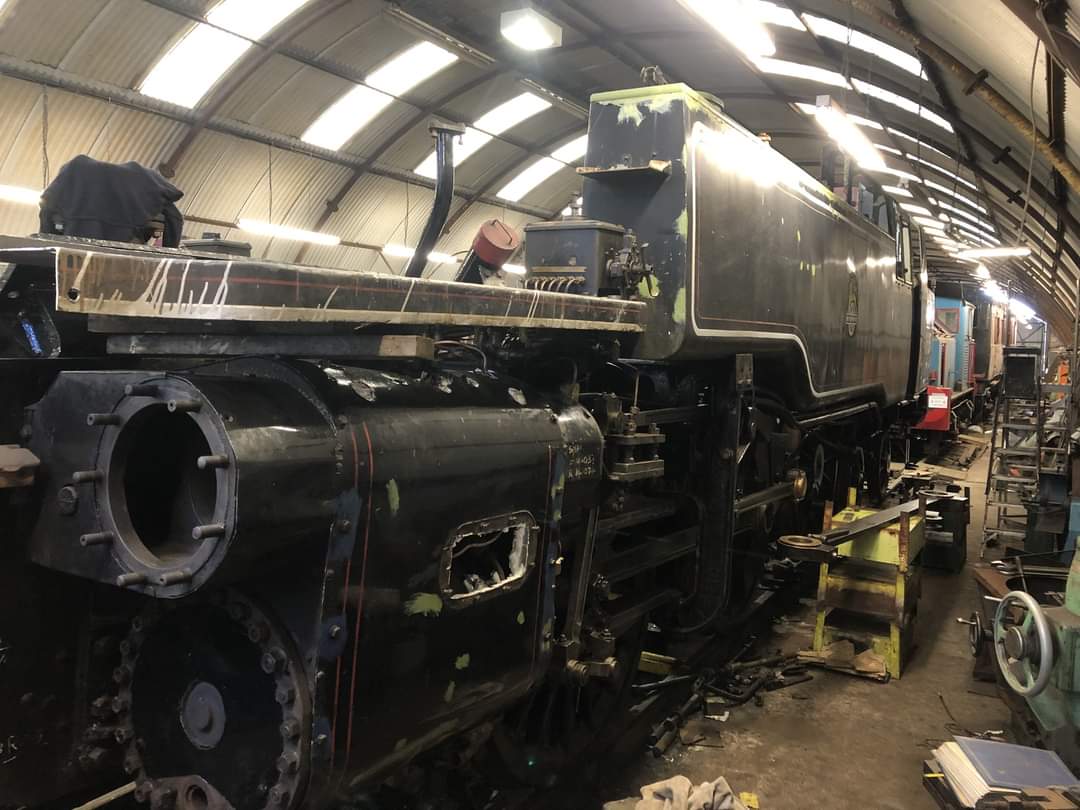 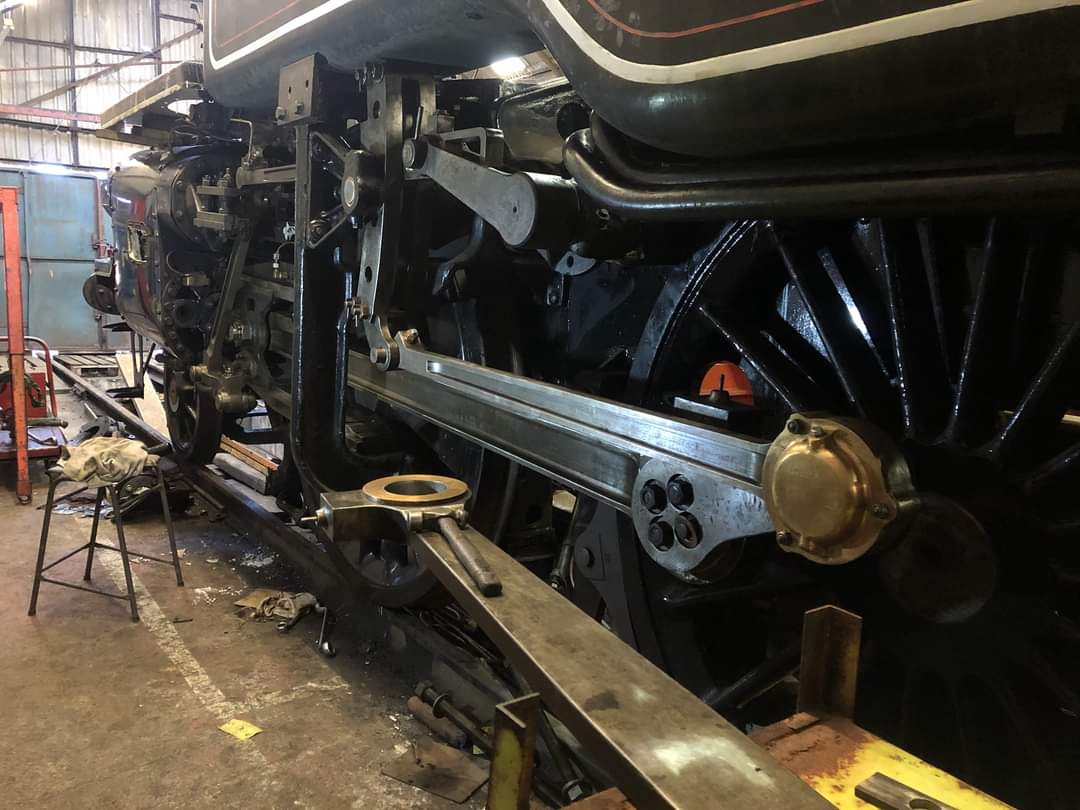